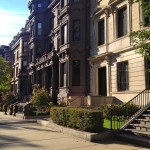 Back Bay is Boston’s quintessential historic neighborhood and as a result, is one of Boston’s biggest tourist destinations. Streets are lined with mature trees, elegant brownstones and splendidly decorated flower boxes that hang from windowsills. Brick sidewalks and boutique stores add to this neighborhood’s charm, with Newbury Street offering some of Boston’s most popular designer brands. Newbury Street, Boylston Street and Commonwealth Avenue run parallel to each other, but collectively, draw local and international visitors alike for their combination of retailers, salons and fine-dining restaurants.

High-end hotels and office towers fuel Back Bay’s daytime population. Boston Park Plaza Hotel and the Mandarin are among the most iconic hotels, and the world-famous John Hancock and Prudential Tower can be seen from miles away. The Hynes Convention Center is located directly next to the Prudential Tower and attracts numerous meetings and conferences given its unique location in the heart of the city.

The Boston Public Library, Trinity Church, the Public Garden and the banks of the Charles River are some of Back Bay’s most popular attractions. Not to be outdone is the Boston Marathon Finish Line located on Boylston Street, which has taken on new significance in recent years.

Back Bay is one of the few neighborhoods in the city that seems to run in a grid-like manner, with intersecting streets laid out in alphabetical order (Arlington, Berkley, Clarendon, Dartmouth, etc.). Perhaps this is because it is one of Boston’s newer neighborhoods; founded only in the mid-1800s after the “bay” was intentionally filled to add an additional 450 acres to city limits. It remains one of the most highly sought after neighborhoods in the city to this day. 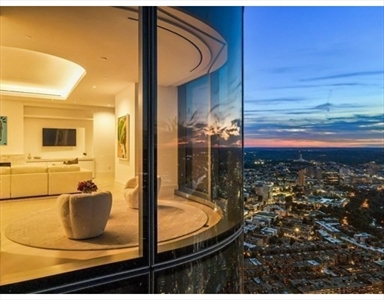 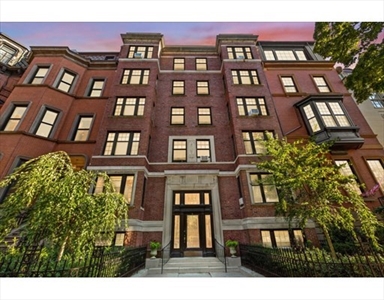 Rare Investment opportunity to acquire a trophy building on the First Block of Marlborough Street next to The Public Garden. Ideal for luxury condo conversion or a prime portfolio asset. I am pleased to present the extraordinary opportunity to acquire 6 Marlborough St. Sited on one of the most esteemed blocks in all of Boston, MA. Six is an elevator building and consists of 23 units in 22,380 gross sq. ft. with a rare roof top deck with 360 degree views of Boston. A trophy address and property by every measurable standard. The spectacular location offers residents an unimaginable living experience with the proximity to classic Boston amenities such as The Public Garden, The Commonwealth Avenue Mall, a wealth of shopping options along famed Newbury, Charles, and Boylston Streets. Wonderful opportunity to own this building in an area dominated by condos and single family homes. Rents are below market value and ½ the units are not updated. . 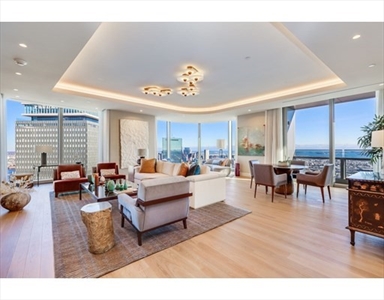 Exquisitely customized sky high, corner residence perched on the 55th floor of the prestigious Four Seasons Residences at One Dalton. This dramatic home boasts floor to ceiling east/west views of the Back Bay, Charles River, Boston Harbor and beyond. Direct elevator access to your private foyer and into an expansive 3 bedroom 3 full and ½ bathroom ultra luxury home cradled alongside the Prudential Center and the majestic Boston skyline. Amazing attention to every detail including customized flooring, millwork, onyx adorned gas fireplace, exquisite tray ceilings, custom cabinetry and wet bar. Contemporary kitchen with floor to ceiling windows and principal bathroom with soaking tub to bask in the views of the Charles River. This 4,151SqFt home designed by award winning Daher Interior Design, includes 2 parking spaces and is offered at $19,750,000. Enjoy the signature amenities and full service you would expect at the Four Seasons Residences. 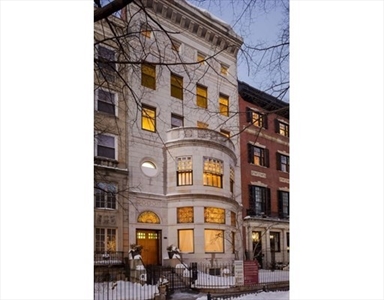 The Ayer Mansion is the only Tiffany-designed home in the world. Standing five stories on both Commonwealth Ave and Marlborough St, this is a rare opportunity to match a buyer’s vision with a uniquely modern design. Designed by Louis Comfort Tiffany, the sleek, pale façade with bright mosaic detail challenges the Boston streetscape as much now as it did at its unveiling in 1902. Entering the great hall, the eye is drawn to the tall fireplace, vaulted ceiling and up the imperial stairs under the proscenium arch of Tiffany mosaics tiles. At the top of the first landing and seen from the foot of the stairs, a trompe l’oeil Greek temple reflects unusual depth and light. With designs in place and an award-winning team of developers and architects assembled, this private residence will offer its next occupant the opportunity to reimagine this livable work of art. With each floor ranging in size from 2700sf to 3000sf, the conceptual redesign accommodates 6 bedrooms, 13 baths and 3-Car garage.

Listed by Greta Gustafson and Ruth Kennedy Sudduth of LandVest,Inc. 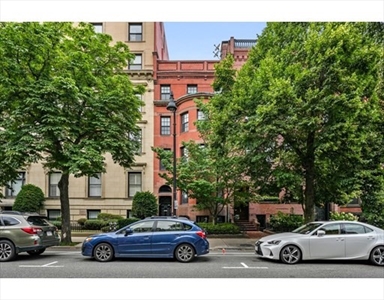 Contemporary luxury meets exceptional historic details in this exquisite Back Bay Townhouse! With over 10,000 SF of impeccably renovated living and entertaining spaces, this property is in a class of its own! With exceptional views of both the Charles River and Back Bay Skyline, this home comprises 7 bedrooms and 6 full, 2 half baths and has graciously proportioned rooms and a thoughtful layout. The designer chef’s kitchen with top of the line appliances opens directly onto a spectacular deck and patio, allowing for easy “indoor/outdoor” living. The top floor primary suite has multiple private patio spaces and a stunning skylight, bathing the spaces in natural light. The spacious gym has an attached full bath. The high level of sophisticated craftsmanship, elevator, 1 car garage (w/ 2 outdoor deeded spaces) and intricate details throughout, make this home a rare find indeed! This home is ideally situated in the heart of Back Bay and is in the center of everything Boston has to offer! 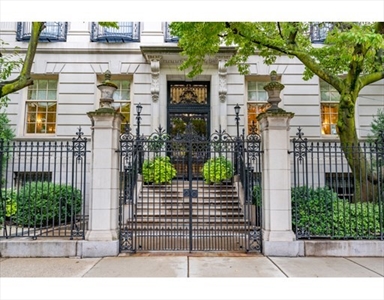 This expansive unit features spacious formal living and dining rooms with a 14-foot ceiling, an enormous family room with a discreet open designer kitchen looking onto a grand landscaped deck, and a principal bedroom suite - all on the main floor. The main level includes one and a half bathrooms and a large pantry with excellent custom storage. Magnificent architectural detail throughout. The next level features a large family room overlooking a small, landscaped garden. This level includes two bedrooms (one currently used as a large office), a large laundry room, mud room, and two full bathrooms. The property has abundant and inconspicuous closet and storage space. In the 1920s this entire building was the home of Alvan T. Fuller, a two-term Governor of Massachusetts beginning in 1924. Fuller had a prized art collection and his philanthropy was wide-ranging. 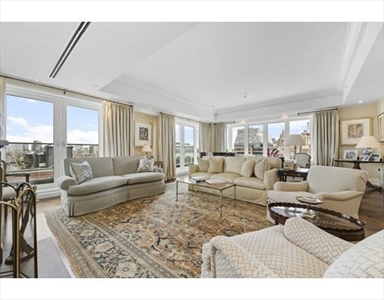 The Residences at Mandarin Oriental, Boston set the standard for Five-Star Luxury living in the heart of Back Bay. Positioned on the tenth floor with stunning, front-facing corner views, this 3-bedroom, 2.5-bathroom home is perfect for family living or entertaining with spacious formal living and dining rooms offering unobstructed views from oversized windows overlooking historic Back Bay, pristine custom chef’s kitchen with top-of-the-line appliances and wet bar, handsome wood paneled library and a private home office. The luxurious corner primary suite includes a lavish bathroom and separate dressing rooms. Complete with spacious entry foyer, gallery sized reception hall and endless closet space, this beautifully maintained home lives like a single-family in the heart of the City with all the benefits of full-service living. As a resident, enjoy access to all Mandarin Oriental amenities plus 2 garage parking spaces and one storage space. 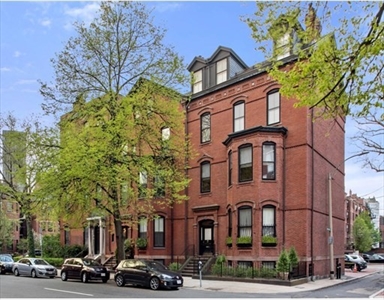 Rare, 30-foot wide, corner, single-family with in-law in the heart of the Back Bay and Boston’s most coveted neighborhood. This premiere home is ready for your custom finishes and a Spring 2023 occupancy. Bespoke custom renovations adorn this 5,700 square foot home featuring 6 bedrooms and 5.5 bathrooms and private entrance in-law/guest suite. Two parking spaces. 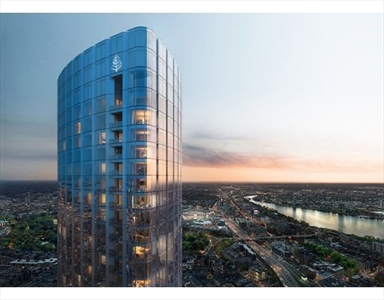 Welcome to the 38th floor of the Four Seasons Private Residences at One Dalton, New England’s tallest and most luxurious residential building. This 3 bedroom, 3.5 bath home has been fully updated and customized with the highest level of quality in design, craftsmanship and materials. Outstanding features include gleaming marble floors, soaring ceilings and floor-to-ceiling windows providing unobstructed views of Boston’s skyline and the Charles River. The spectacular floor plan incorporates elevator access, elegant entry rotunda, magnificent living and dining area with marble gas fireplace and custom gourmet kitchen opening to a stunning family room. Residents will delight in the white glove services of the Four Seasons, enjoy 20,000 SQFT of exceptional amenities across 3 floors, and relish in the in-residence dining options including the internationally acclaimed restaurant, Zuma. Complete with a storage unit and 2 garage parking, this is truly the pinnacle of luxury urban living. 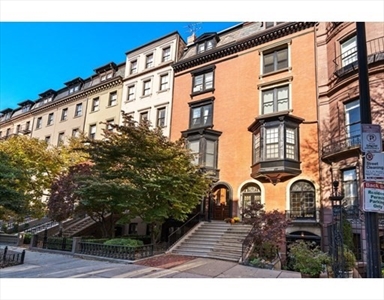 Riverside Beacon Street building for sale. 7339 sq feet of gross living area & RIVER VIEWS from 6 of the 7 living levels. 5 CAR PARKING in total w/4 garage spaces (2 attached) & 1 exterior space. This extraordinary property consists of 5 units however, units 1&2 have been combined to create a striking 3 bed/3.5 bath triplex on the parlor, second and garden levels with attached garage, private patio & expansive garage rooftop deck. The 3rd and 4th floors are each floor-through 1 bedroom homes with Charles River Views & oversized living/dining & bedroom spaces. Perched at the top is the 2+ bedroom/2 bath PH duplex with 2 private decks, including rooftop deck with panoramic views. The front, South facing side, bathes the building in light, while the rear side boasts unparalleled views of the famed Charles River. With a foot bridge to the Esplanade at your backdoor & nestled in the heart of the Back Bay, this prime location & orientation is undeniable. A truly rare gem!

Listed by Sarah Glovsky, Andrew Glovsky and Nathalie Grenet of The Charles Realty 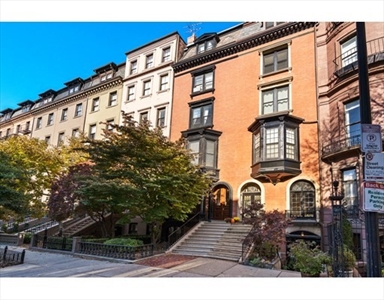 Exceptional and extraordinary opportunity for a buyer to convert a 5 unit building into a trophy single family home. This Riverside Beacon Street building is for sale with 7339 sq feet of gross living area over 7 stories & RIVER VIEWS from 6 of the 7 living levels. 5 CAR PARKING in total w/4 garage spaces & 1 exterior space. This property currently consists of 5 units. Units 1&2 have been combined to create a striking 3 bed/3.5 bath triplex on the parlor, second and garden levels with attached garage, private patio & expansive garage rooftop deck. The 3rd and 4th floors are each floor-through 1 bedroom homes with Charles River Views & oversized living/dining & bedroom spaces. Perched at the top is the 2+ bedroom/2 bath PH duplex with 2 private decks, including rooftop deck with panoramic views. The front, South facing side, bathes the building in light, while the rear side boasts unparalleled views of the famed Charles River. Ultimate potential in an undeniable location.

Listed by Sarah Glovsky, Andrew Glovsky and Nathalie Grenet of The Charles Realty 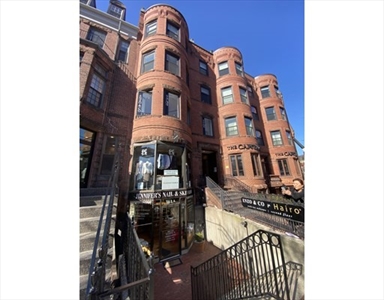 Tremendous opportunity for investors or OWNER/USER to acquire property in one of Boston’s most sought-after locations. 161 Newbury Street is a 6,912 ± SF mixed-use brownstone building containing three (3) floor-through retail suites and two (2) floor-through apartment units. The building has been well-maintained and owned by the same family for over 40 years. There is off-street (tandem) parking for 6 vehicles.