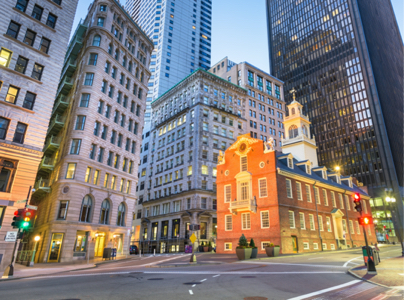 Skyscrapers, taxis and dark suits fill the streets of Boston’s Financial District during the day, and professionals of all ages fill the bars in the evening. Generally recognized as the area between Devonshire Street, State Street and Atlantic Avenue, the Financial District is the center of Boston’s business, commerce and government. Many global and regional headquarters, including Fidelity Investments, Bank of America and PricewaterhouseCoopers are located in the Financial District, making it easy to see where the neighborhood gets its name.

If buildings in this neighborhood feel newer than those in other downtown areas, it’s because the majority of the Financial District burnt to the ground during the Great Fire of 1872, one of the most devastating fires in American history. More than 65 acres were engulfed in flames, and 776 buildings – most in the Financial District – were destroyed. As the neighborhood rebuilt, a triangle of land remained vacant in front of the Boston Post Office, which later became known as “Post Office Square.” The redevelopment of Post Office Square is considered one of Boston’s architectural gems, with a complex linear park system built over a below ground tunnel whose features have earned the park national and international acclaim. On any given day, hundreds of office workers enjoy the park’s indoor/outdoor cafes, live music, gardens and fountains.

Much of the neighborhood’s recent growth stems from several glitzy residential high rises that now intertwine effortlessly with the all-glass commercial towers that once dominated the skyline. Today, the Financial District provides a 24/7 live-work-play environment while maintaining a distinctly Midtown Manhattan feel. 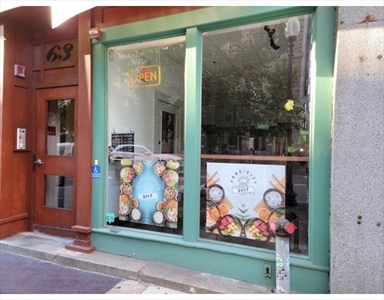 SUCCESSFUL AREA FOR RESTAURANT LOCATION FOR SALE! in heart of Financial District, near Boston Hilton INVESTMENT OR POSSIBLE OWNER OCCUPIED. very busy cafe with 19 seat license and takeout license in Financial District. This cafe has lower level for prep, storage and refrigeration with restroom, for an additional 750 sq ft included Rent is $6900 month including taxes. Tenant pays utilities. Please ask your clients not to speak to employees or anyone on the premises. Call for details 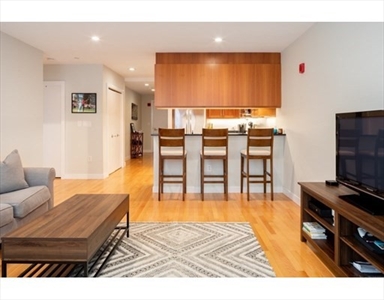 The Folio offers residents the opportunity to live in the heart of the Financial District in a boutique concierge condo building. Built in 2006, The Folio has become one of FiDi's most established and well run condo buildings. This property has been extremely well kept and is the largest one bedroom layout in the building. Positioned on the South side of the building, the home is well lit through the large windows. A full-size kitchen provides for easy cooking with many wooden cabinets, granite counters and gas cooking. The bedroom features a walk-in closet and room for a king bed. Laundry is in-unit. A gracious lobby welcomes you to the building and the 24/7 concierge makes for effortless city living. Living in the Financial District provides you access to great restaurants, bars and has all the amenities needed on a daily basis within a short stroll. You're well positioned to enjoy nearly all of Boston's other neighborhoods. Don't miss out on this opportunity!

Listed by Sobel Group and Andrew Sobel of Compass 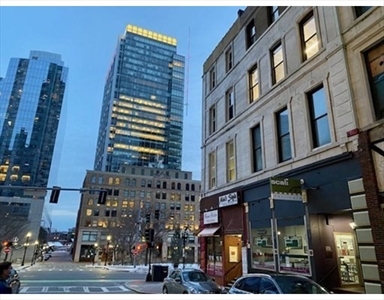 Fantastic Commercial space available in the heart of Boston's Financial District! This is the perfect location for an Attorney, CPA, or wellness spa. This space is close to the Seaport District. Bring your ideas and schedule an appointment today! Easy to show. 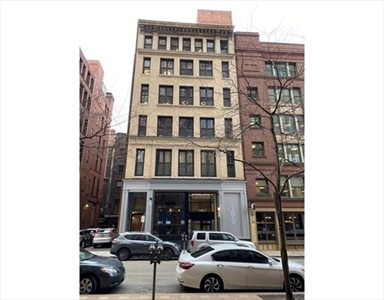