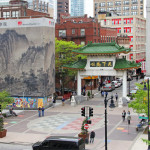 Boston’s Chinatown is the third largest Chinese neighborhood in the country, the only historically Chinese area in New England, and remains one of the most densely populated communities in the region. Located between the Financial District and Theater District, Chinatown remains a commercial and cultural hub for the city’s Chinese community. Beech Street is considered the “heart” of the neighborhood, and is easily identified by the traditional Chinese gate that flanks Beech Street at Surface Road. With its bamboo structures, water features and serenity gardens, the Chinatown Park offers a welcoming entrance and provides a distinctive terminus to the Rose Kennedy Greenway.

Chinatown looks much different today than when it was first built on tidal flats in the early 1800s. Though a dense mix of Asian markets, specialty shops and authentic restaurants remain, Chinatown is now home to many new high-rise apartments that add to the diversity of the local housing stock.

The neighborhood is also noteworthy for the concentration of medical uses, including Tufts Medical Center (formerly, New England Medical Center), Tufts Dental School, and Boston Medical Center. Whether visiting for a medical appointment or to sample homemade dim sum, access is easy: the MBTA Orange and Silver Lines both directly serve Chinatown, and nearby South Station offers easy commuter rail and bus service to points throughout the region. 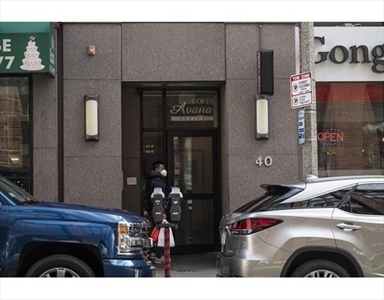 CHINATOWN!!! Private 2 bedroom 1.5 bath unit located in the heart of Chinatown! Great investment or primary residence. The modern kitchen features stainless steel appliances, granite countertops and plenty of cabinets. The 2 bedrooms are on opposite sides of the unit, perfect for studying or work. Beautiful hardwood floors and large windows. The main bedroom features a half bath as well as laundry room with plenty of space for storage. Short distance to the highway, downtown Boston, the South End, Ink Block and South Station. Located a short distance to the area hospitals and universities! Would make a perfect pied-a-terre for professors, students, doctors or anyone looking for a convenient Boston residence!!! 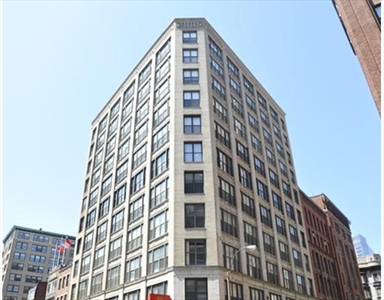